LEGO skriver: “We have set a target of having two female board members by 1 January, 2020. Currently, one member of the board is female, and as a result, the target is not yet reached. However, the board of LEGO System A/S (a subsidiary to LEGO A/S) meets legislative guidelines for gender balance because one out of four general assembly elected board members is female.”

Danish Crown skriver: “There are no women on the Supervisory Board of Leverandørselskabet Danish Crown AmbA, which does not live up to the target of 10 pct. female representation. For several of the companies, the real challenge is the gender balance among Danish Crown’s owners. The targets for 2021 have not been met in the past year either because no board members have been replaced, or because it has unfortunately not been possible to attract candidates with the right skills”. 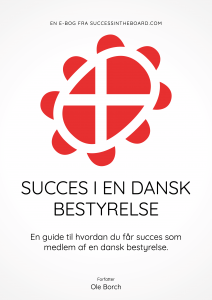